Second past the tape by Richard Soos 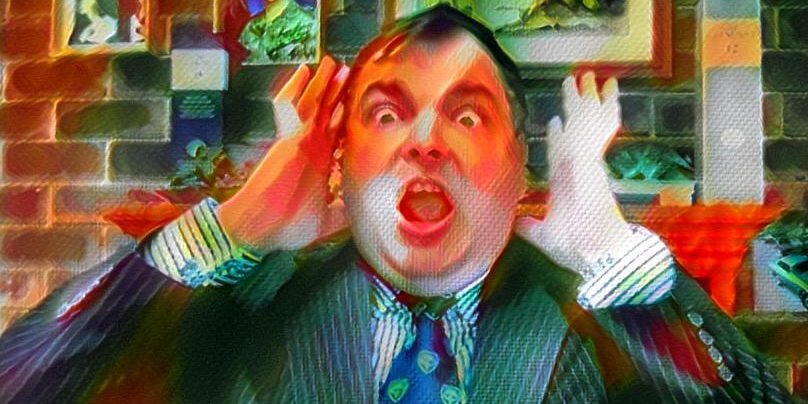 03 Oct Second past the tape by Richard Soos

Second past the tape. In which Archie becomes con-tin-ental.

E.R. was happy to walk a more circuitous route home today, shoulder to shoulder with the foreign girl Ágnes. Ágnes had just been assigned as Archie’s new desk mate.  And Archie was becoming more expansive and elated lately by this whirlwind girl from Europe.

In Budapest, Ágnes had been plucked from her school and placed into the Hungarian Olympic training program. Within a Month she was rejected, and thrown back into her original class. Her quick surge of recognition amongst her peers, fame and then abandonment became difficult for the young girl to explain to her peers. Table Tennis had long been the domain of Hungary, until the avalanche of Chinese success. Then the International Olympic committee deferred the sport’s inclusion yet another 4 years; and her chance, it just went off the boil.

‘Cigarettes from vending machines are always the best!’  Archie bluffs.

‘Why is that?’ E.R. asks, as her mind spins with thoughts of what her brand would be.

‘Because they’re plugged in. And they’re not kept next to the Minties and gum.

The packets sit there, each as sweet as a bird in a cage. On top of the pile of money, happier than a dragon on his treasure. Bopping to the tunes in the night-club. That’s why!’

‘Aren’t the Men’s and Women’s varieties kept together though?’ Ágnes inquired.

‘I think Men and Women have different chutes, Archie says weakly.  E.R. looked at him archly before both the girls giggled.

Lord, do women really have their own cigarettes? He frets to himself.

Ágnes adds ‘Mentolos PalI Mall’. ‘I would smoke all the time before my games to steady my nerves.’

‘Then you’d know what I mean’, Archie concludes sharply, realising that bluffing this girl would be difficult in the extreme.

They had already reached as far as Archie’s home, so Archie suavely farewells them.

Primary school days are fantastic. They are always within a short stroll so you can get home within minutes. And then wonder what the rush was to get home. He could still have been out there.

Teasing E.R., and then teasing Ágnes until E.R. was left out and he would call out her name again. But those two together, they would close ranks. And things were going so well now, he couldn’t spoil the dynamic. He didn’t quite have the skill.

Hip Hits was the first album cover Archie shuffled through in his father’s record collection.

A legacy from the record collectors club he once subscribed to.

Either musician personalities were rare back then, or his father had just allowed the default monthly title to be sent for the obligatory monthly buy.

Moving to the early 70’s, the yellowing cassettes with their incredibly thick plastic cases clinked together as he flicked through them. It was both heartening and mortal to see his father as a young buck to the man he is now through the progress of these titles.

Bookending the collection in a now elephant grey paper-bag, he notices a cassette called ‘Music for Making Love to’.

At dinner parties Papa Pluta had rejoiced in telling that One evening he had bought himself an ironing-board at K-Mart. Coincidentally smack bang on Valentine’s Day. Exiting the shopping centre, young women in frocks and their suitors in jackets were waiting for their limousine. In triumph Papa Pluta raised his ironing board above his head and slurred out ‘Sheilas, Look what I got the Mrs. For Valentine’s. Reckon she’ll be happy!?’. The women arced up while the men turned their heads to hide their guilty appreciation’.

And here Archie was, with this crystallisation of his father’s youth; concerned that the cassette cellophane was still intact and therefore was never played.

Wasn’t his father a success with the ladies? He could make them laugh. Will that be his own fate?

Suckerhorn would tell of his escapades with his father, also a Merchant of the sea.

Suckerhorn had one of those faces that looked more stoic the older it got. He lived on alcohol like a car did on gasoline, and Asia was where he really came to life.

Suckerhorn would recount that his own father’s secret on living with men on commercial ships was in the washing of hands.

‘Dad told me in Vietnam that he would sing Happy Birthday to himself in full whilst washing his hands before any meal to not get sick. The song was long enough for a complete wash cycle to remove all germs. ‘Try it yourself’, he winked at me, as he nudged me into Poons on the Mai Kong Delta’

And so, as the pretty thing stripped herself down to nothing, and I stood by the sink, I absentmindedly started to wash my hands and wish myself a Happy Birthday.

The bird calls out to me ‘It’s your birthday is it darling!?, I’m going to treat you Real Well.’

Papa Pluta had told him that ‘all was fair in love and war.’ If the cassette wasn’t played – maybe it won’t be missed.

One thing Ágnes retained was her incredible speed and dexterity. As Archie cracks open the lid of his wooden desk, Ágnes has already spied and pulled out the cassette in his desk.

‘Zene szerelmeskedéshez?’, she purrs at him.

‘Ummm. I borrowed it, because I thought it was continental.’ Archie said.

‘We make a pact to listen to this at lunch-time, yes?’ she insists. Archie thinks that she handles the topic in such a mature way that there is no shame in it. And this girl has her own Walkman cassette player, which is a big deal.

At lunch time she takes off one of the ear buds from her fixed head-set and they listen together, well away from Errol’s open window.

Ágnes can tell immediately the condition the tape is in, but the mental legacy of communism has made her reluctant to disclose anything. She makes up the audience while not letting on to Archie that she is humouring him.

The tape has warped in the Sun, so that it plays at about 2/3rds its intended speed.

The Slurred male singer is so earnest and deep voiced that they agree it must be a black man who is singing. And because of the pace, Archie gets strange ideas about what the act itself should be like.

But in fact, just the intimacy of listening to the tape is better than the program. Much better.

In the classroom at their desk, Ágnes asks if she can keep the cassette in the Walkman cradle overnight, so that they can hear the second side tomorrow. Archie opens his desk lid and breaks off a piece of inch-liquorice for her in approval of their confidence. She tastes its foreign salty tang and kicks him under the desk. She opens the wooden lid of her desktop and fetches for a crepe-pancake to remove the foul taste. It falls open like a large blotched cloth as she tears a swatch from it and chews.

She looks at him again in reappraisal. His large body seeping beyond his half of the desk towards her space. It was probably why, thin as she was, she was assigned to sit beside him.

E.R. had told Ágnes that no matter how persuasive he could be, Archie would eventually get in his own way. ‘So what?’, she thought. Don’t all men?

But she tells E.R. about the cassette and the strange impression Archie has. Ágnes allows the cassette title to show, and E.R. covers her mouth with shock and blushes sweetly.

‘Lazy music on the first side, not much really. But side B..’. Ágnes begins.

E.R. and Ágnes cook up a story together that they heard the cassette right through. And boy is Archie in trouble! Side B was the uncensored side, so they say. ‘It was a full X-Po-Se! Ágnes exclaims wide-eyed to him in her foreign accent. ‘It should have been burnt. Really, you are lucky we don’t just tell Erroll about it now. Be careful what you say or we might!’.

Suckerhorn sees that Archie is troubled and asks ‘What’s happened Archie lad?, all the dance has gone out of you.’ Suckerhorn tells him that the biggest Victory the Devil can have is to make someone feel they can’t be forgiven. We just have to forgive God first.

Archie smiled at being reminded of his disco days. Just last month it was his only care. ‘You know after Mum passed, Dad had to learn how to iron. On Valentine’s Day!‘.

‘That’s what he had to do. And he did it well.’ Suckerhorn replied. ‘Still today I see men who can’t, and I think to myself, I am being told what to do by someone who can’t iron his own shirt.’

Archie smiled sadly and mentioned about the cassette. His strange ideas about the Bone-dancing rhythm and the dark man’s voice. ‘The cassette is still doing the rounds and everyone can’t wait to be offended by it, especially Side B. Yet my father never got to remove the cellophane. What if! What if I never get to….’

‘Go from A to B’. Suckerhorn says succinctly.

‘Well the others did. They say side B is loads worse. I never heard it, but it is hanging over my head. Ágnes says it should be burnt and I better watch my step’.

‘Get me the cover, Son. We’ll see what this nonsense really is.’

They inspect the cassette cover together and Suckerhorn reads the internal notes. ‘Side B is intentionally blank according to the program structure. When this audio aid is used as intended, no-one should be able to make it past side A’. 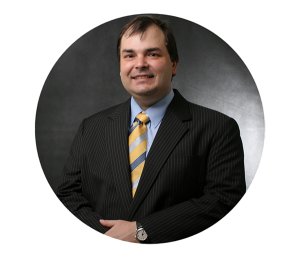 I am ArchieLuxury! Luxury goods guru and Youtube superstar.